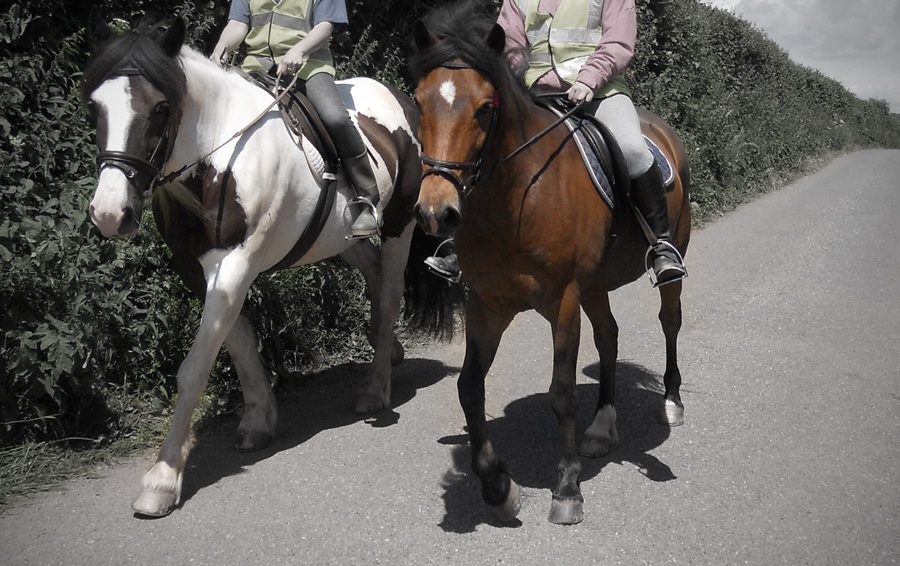 Not your usual story of life in the urban grind, but last night as I escaped from the rush hour madness and narrowly avoided being smeared along a high kerb by the wheels of a Norbert Dentressangle mega-artic I darted out onto some country roads to slot in some climbing practice.

Over the top of the first ascent I was tucked up and heading swiftly down towards the bottom of the second climb as I approached a horse and rider out for their evening summer stroll. As a motorist I always slow right down and create plenty of space for our four footed friends who seem largely untroubled by the presence of a car. Last night, however, the horse spotted me approaching from the rear and got spooked. I was already on the brakes and slowing significantly but it was possibly a little too late for the beast concerned who started heaving at the reigns and veering into the carriageway as it craned to get a look at the new intruder.

The skilful rider (of the horse that is) quickly regained control and managed to bring the magnificent creature back into line but as I passed and moved away it seemed a salient reminder of the shared space that the public highway represents.

As cyclists we can all too often feel that we are the misjudged vulnerable minority; fighting for our share of the road and fearing for our personal safety. Seeing the startled eyes of that horse made me realise that we are not the only ones who can feel that our place of the road is sometimes threatened, there are others who carry similar concerns when they venture out. Mums with their pushchairs, kids heading home from the park, the elderly contending with uneven surfaces, joggers who cannot run on the pavement because its overgrown – roads are a space for us all and even the humble cyclist has a part to play in safeguarding the welfare of others.