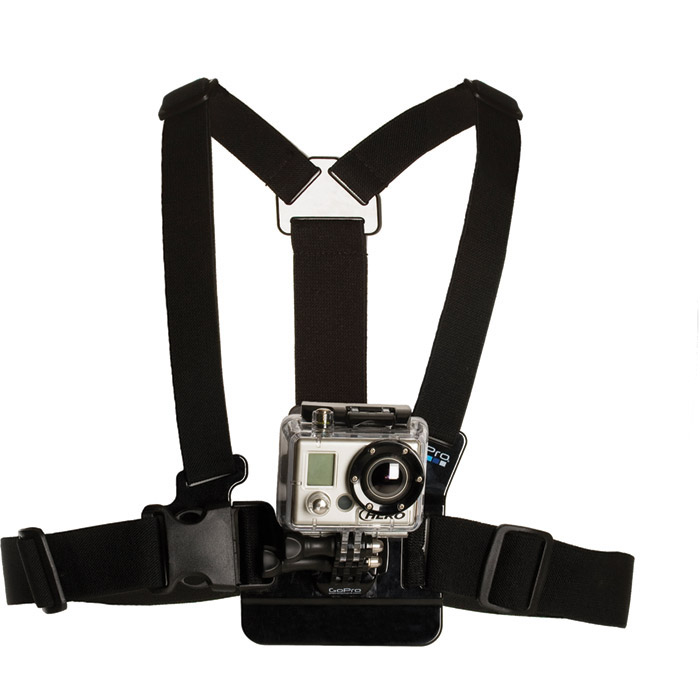 Camera tech has moved on in leaps and bounds in the past few years and the Go Pro HD hero shows just how fantastically flexible the technology now is.

I have used many small camera devices for filming cars, bicycles and motorcycles and where as before you would have to use an external recording device, the latest camera kits are all internally housed making filming faster, easier and more compact.

The GoPro HD hero is tiny; the device itself is roughly around the size of two small matchboxes. This makes it pretty easy to take just about anywhere. The problem I have found with previous devices mostly relates to mounting. Even though a bullet cam seems like it will be easy to mount it isn’t always great, and many times with other devices you can get bad virbrations or struggle to get a decent angle.

In the case of the GoPro this is not a problem, we got ourselves the chest harness which gives a great angle and manages to stary very steady (thought you may get some funny looks…). This means much less camera shake and ultimately better quality footage. The first time we used the GoPro we were astounded at how good the footage was – a key thing over rivals? Quality.

GoPro films in full 1080p, and it also has a great exposure system too, meaning that the footage you get from it looks great. It does away with the old days of having footage cut in from bullet cams that is lower quality that the rest of the footage that just generally looks a bit crap.

Audio quality is not fantastic when it’s fitted into its waterproof housing though, but it’s much better than any of the other devices of this nature that I have used. Two different ‘doors’ come with casing, one which is fully waterproof which is best for anything “In excess of 100mph” and one with holes in it that provides better sound quality at is best for anything “less than 100mph” Simple.

Battery life is impressive, with around 2 hours of filming possible from a full charge, and as you can just charge it from a micro-USB it’s never hard to find a place to plug-in.

It’s not hard to see why the GoPro is so popular and with an ever-growing number of accessories and mounts, it’s the best bit of kit out there.