How To… Bleed your Shimano Disc Brakes 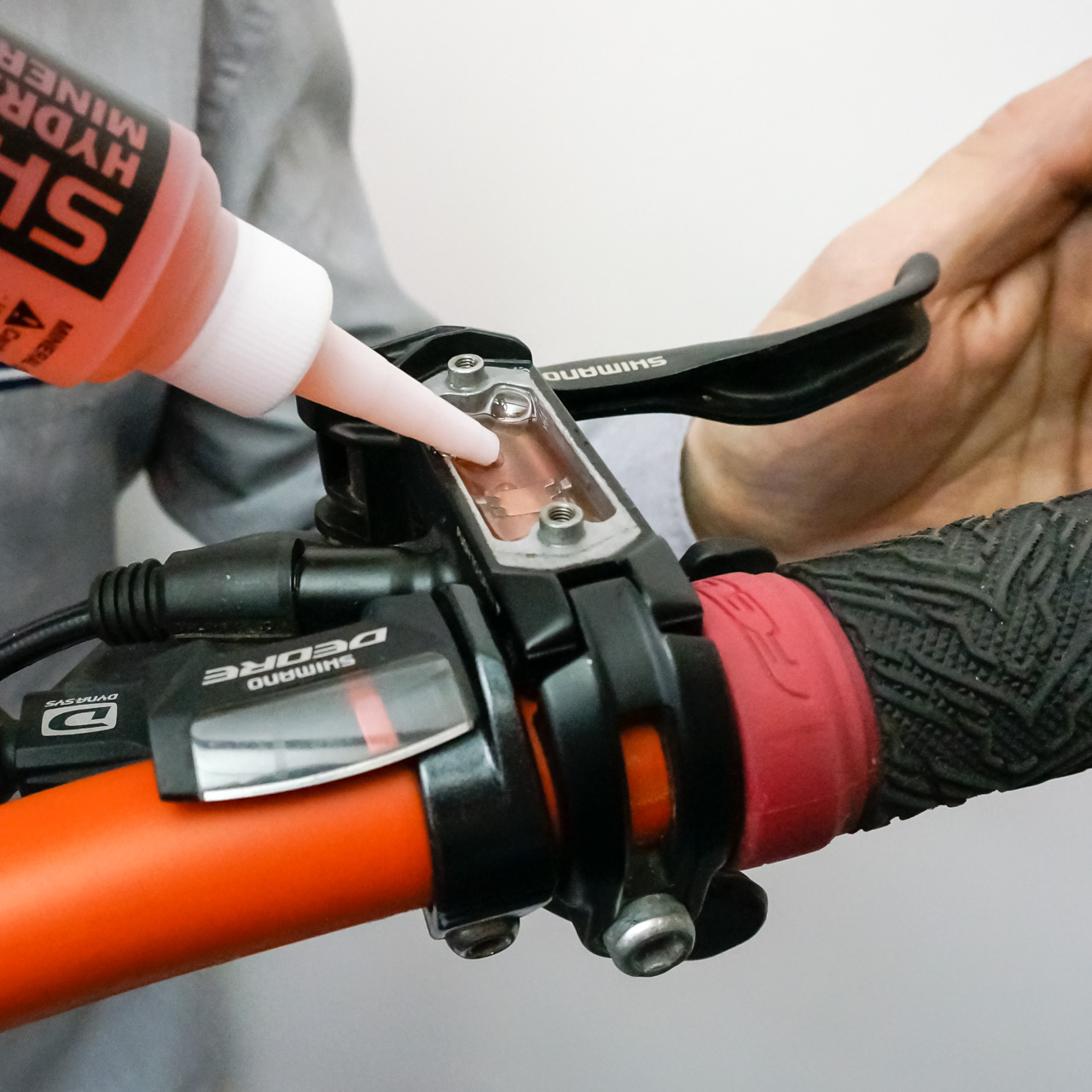 Disc brakes are now ubiquitous on Mountain Bikes but it wasn’t always the case as anyone brought up on the early MTBs of the 1990’s will confirm.  Cantilever, then V-brakes offered a good amount of stopping power on normal terrain in the dry but on extreme downhills and wet, muddy rides they sucked.  The first disc brakes on a production bike appeared in 1999 (Trek 8900) and were mechanical devices with brake cables.  Nowadays, most decent MTBs have hydraulic disc brakes that offer oodles of power BUT can be fiddly to setup.

Once you get used to the systems though they are pretty easy to work with an actually set themselves up pretty well, as long as your discs aren’t warped and the caliper is aligned properly.  Here’s our step-by-step guide to servicing your Shimano hydraulic disc brakes.